The Educational Background of TV Heroes 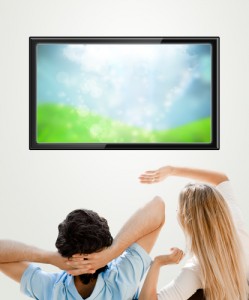 Where Did Jack Bauer Graduate? What’s On Gil Grissom’s Résumé? We all want to be heroes. Why else would we watch so many of them on TV? Shows about fearless Federal agents, brilliant police scientists, and dedicated doctors and nurses who save lives, solve mysteries, and occasionally even save the world are among some of the highest-rated programs on TV.

But what does it take to be a real-life hero-to follow in the footsteps of our television role models? Let’s unravel and reconstruct the résumés of a few of TV’s most popular heroes.

According the CBS.com’s official biography, Dr. Gilbert “Gil” Grissom (portrayed by actor William Peterson) grew up in Marina Del Ray, California; at age 8, his backstory tells us, he started riding his bike out to the seashore every day to collect various forms of marine life (and road kill), which he taught himself to autopsy. He earned a Ph.D. in biology from UCLA, with a specialty in entomology, and is one of only 15 entomology experts in the US.

After earning his degree, he went to work in the L.A. County coroner’s office, but was soon recruited to join the crime scene investigation team in Las Vegas as a forensic entomologist. CSI is a specialized application of forensics, or forensic science, the field in which science is applied to law enforcement and the legal system. Gil has spent the last 15 years making the Las Vegas Crime Scene lab the second most active crime lab in the U.S. (after the FBI’s crime lab).

So what does it take to join a CSI team? Most law enforcement agencies that employ CSI personnel prefer, if not require, a college degree. Gil Grissom’s degree in biology was directly applicable to the study of forensics, but there are many other degrees which can serve a similar purpose, including a bachelor’s or master’s degree in criminal justice or chemistry. Training in the specific tasks and disciplines used in CSI positions are usually performed by the law enforcement agency employing the CSI. Finally, as Gil Grissom illustrates, to be a CSI takes character traits that include high intelligence, a logical and deductive mind, a knack for problem solving, great attention to detail, patience, and – as you probably guessed – a strong stomach.

According to his official biography on FOX.com, Jack Bauer was born in California, but little else has been established or revealed about his early years. He graduated UCLA with a bachelor’s degree in English Literature and Art, and then went on to receive his Master’s degree in Criminology and Law from UC Berkeley. Following this, he enlisted in the U.S. Army, becoming such an exceptional soldier that he was invited to join the U.S. Army’s elite Special Forces Counter Terrorist Group, Delta Force. Later, he joined the Los Angeles Police Department and became a member of their SWAT team. Bauer also did some work as a CIA Case Officer before joining the (wholly fictional) “Counter Terrorist Unit” (CTU), where he has held many posts, including Director of Field Operations in the LA Domestic Unit.

What did it take Jack Bauer to obtain and successfully fill all those positions? The quick answer: a lot. A lot of skills, a lot of ambition, and most of all, a lot of education. It all started with that degree in criminal justice — a degree that is being offered not just at the master’s level, but also at the two-year associate degree level and the four-year bachelor’s degree level by more and more colleges and in an increasing number of specialties. Beyond that, the posts Jack Bauer have occupied all have some specific requirements.

Members of the LAPD’s elite Special Weapons And Tactics (SWAT) team, for instance, are chosen from volunteers among the police officers, who generally have to serve a minimum tenure within the department before being allowed to request assignment to a SWAT team. This ensures that the SWAT team member has a thorough knowledge of police department policies and procedures. Candidates undergo a rigorous training process which includes written and oral exams, testing for physical fitness and agility, and psychological testing, all to ensure that they are suited both physically and psychologically for the rigors and stress of high-risk tactical operations. They also undergo training in numerous specialist courses, including marksmanship, explosives handling, first aid, negotiation, and roping techniques (such as rappelling), as well as the use of specialized equipment and weapons — most of which Jack Bauer would have learned in Delta Force.

Possessing a degree would be mandatory for Bauer to become an agent in the CIA’s National Clandestine Service, which collects foreign intelligence using undercover agents. Among other requirements, NCS agents must also possess foreign language fluency, which Bauer has illustrated with his knowledge of Spanish in Season 1 and of Russian in Season 6.

As an agent of the fictional Counter Terrorist Unit (CTU), Bauer would be working within the Department of Homeland Security. The mission of this recently-created cabinet department is officially defined by its charter document as “a concerted national effort to prevent terrorist attacks within the United States, reduce America’s vulnerability to terrorism, and minimize the damage and recover from attacks that do occur.” Jack Bauer’s work in the CIA could serve as a perfect segue into the CTU (if it actually existed), as some functions of the CIA now fall under the jurisdiction Homeland Security, and the mythical CTU is described in literature devoted to the series 24 as “an elite branch of the CIA.”

(See also our career and profession profiles on CIA, SWAT, and Homeland Security.)