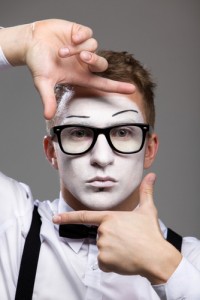 Dramatic and musical theater requires a team of professionals for successful performances. From playwrights, actors and directors to stage hands, costume designers and set creators, every position is essential. Many different skills combine to create the overall effect of a theatrical performance.

Theatrical productions may travel or perform in one particular location. Theater workers can work with musicals, comedies or dramas. Writers, artists, carpenters, seamstresses, performers, musicians and business people are all vital to the success of this industry.

No matter which position you’re considering in the theatrical field, a degree could provide the expertise and training needed to make it in this competitive market.

Directors often acquire a bachelor’s degree in theater or musical theater and focus on directing as they earn their MFA degree. Producers may focus on business degrees rather than theatrical degrees. Playwrights might earn a degree in writing, English or theater.

Job Description for Working in Theater

Job descriptions for this industry vary based on title and responsibility. Playwrights interact with both the director and performers to tweak scripts that they have already spent significant time writing. Performers memorize lines and rehearse. Some theaters have small orchestras to perform the music and these musicians spend most of their time rehearsing and coordinating efforts with the performers and director.

Behind the scenes, lighting specialists work with set designers to provide the backdrops. Prop masters collect and inventory the necessary props for each scene and work with the director and stage hands for the placement and removal of props throughout the performance. Costume designers interact with the director and performers to appropriately attire each character.

Professionals who work in theater may do any of the following:

Theater workers find employment with dinner theaters, traveling theater groups, children’s theater, as well as on- and off-Broadway. They may work with one theater group for a period of time or audition to work on many different projects.

Salary for Working in Theater

Obviously, different theater positions provide different levels of income. According to the Bureau of Labor Statistics, actors’ incomes aren’t possible to document due to the variety of pay levels and the fact that they may work for one day or one month. Few actors earn a regular salary beyond any three- to sixth-month period. Actors’ Equity Association is the union that negotiates with producers for fair wages.

Job opportunities for producers and directors are anticipated to grow by 10% through 2018, as noted by the Department of Labor. The average annual salary for a director is over $64,000. Stagehands earn at least $10 per hour. Set designers average over $45,000 per year according to the Department of Labor’s Occupational Employment Statistics.

The Bureau of Labor Statistics predicts that theatrical performance attendance will continue to rise steadily allowing future employment opportunities through 2018 for professionals involved in the theater industry.