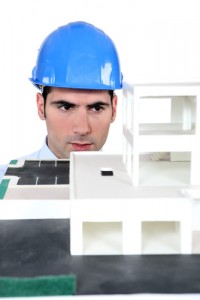 Drafters create the technical drawings that lead to real-life models and products that we use every day. Without drafting, there could be no realization of ideas. Drafters are the step between the conception of an idea and its realization.

What Do Drafting Technology and Design Specialists Do?

In the past, drafters used pencil and paper to create drawings. Today, computer software has taken the place of the drafting board for most drafters. Computer-aided drawing programs make it quicker and easier to scale models, create exact angles, and perform the other tasks necessary for a drafter to create a finished drawing.

Therefore, drafters must be proficient in using computer-aided drawing. According to the Bureau of Labor Statistics, drafters include the following in their job duties:

Where Do Drafting Technology and Design Specialists Work?

How Much Can I Earn As a Drafting Technology and Design Specialist?

What Is the Job Outlook for Drafting Technology and Design Specialists?

According to the Bureau of Labor Statistics, the overall job growth for drafters will be around six percent between 2010 and 2020. This is slower than average growth when compared with other industries, but the actual rate of job growth will depend on the area of specialization of drafting. Construction work may slow due to a decline in the housing market, translating to a three percent job growth in this area for drafters. However, those drafters familiar with the latest software and technology should have the best chance of finding employment, especially with large building companies.

Mechanical drafter jobs will increase by about 11 percent during the relevant time period. However, electrical drafting jobs will only increase by five percent, and general drafters may experience negative job growth rates due to the influence of technology which allows professionals to do much of their own drafting work.

How Do I Become a Drafting Technology and Design Specialist?

A two-year degree from a technical or community college is the most common path to becoming a drafter, according to the Bureau of Labor Statistics. While drafters could, in the past, be hired just out of high school and trained to do the job, the advent of more technology in the field means that most employers want at least an associate’s degree. Students who take four-year degrees in design and drawing may have a competitive edge in the job market, although the work required for a four-year degree is often better spent in studying engineering or a similar field than in becoming a drafter, given the return on investment for the cost of your education.

Drafters must pay attention to detail and have a certain degree of drawing talent in order to be successful. If you are a good sketcher and would like to work in a disciplined field, drafting may be a good choice for you.