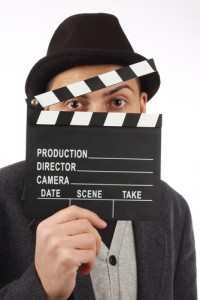 Most people considering a master’s degree in film studies will receive a great deal of conflicting advice. Some people will tell the prospective student that this degree is a waste of money; others will say it is the only way to be taken seriously with your directing or producing career. Actually, neither statement is true; like most things, the value of a degree in film studies depends on what you expect the degree to accomplish for you.

What Courses Are Studied in a Master’s in Film Studies Program?

The curriculum for a film studies program is highly individual to each school, but basically breaks down into two types: those programs that focus on technical skills and those that focus on theoretical knowledge.

A technical skills Master of Arts in Cinema or Film Studies program will concentrate on the technical skills needed to make, analyze, edit, and produce quality film. Most of these programs are offered through a technical college or a specialty school that focuses on the applied arts rather than a theoretical perspective. However, this does not mean that the curriculum will not include theoretical or history classes, as well.

A theoretical Master of Fine Arts in Cinema or Film Studies program is usually offered by a college or university and is more suitable to the person who wants to teach film craft to others or who wants to research the effects of film on society.

How Much Can I Earn With a Master’s in Film Studies?

The annual median salary for producer or director listed by the Bureau of Labor Statistics for 2010 is $68,440. However, this salary is based on having steady work throughout the year and on the average person with a bachelor’s degree in communications or a related field. Having a master’s degree in film studies will not guarantee a higher salary, as in many other fields.

What Is The Job Outlook for People with a Master’s in Film Studies?

It is very difficult to predict how many jobs will be available in a field like film studies because the type of work you do often determines your level of opportunity. For example, independent filmmakers do not rely on “job growth” but instead try out their own ideas and are either successful or fail based on the film’s reception. On the other hand, filmmakers who work with large companies to make documentaries or work with the media to create television shows or movies can find tremendous opportunity if their work becomes popular.

The Bureau of Labor Statistics suggests that producers and directors will have an average job growth rate of eleven percent between 2010 and 2020. This includes all areas of filmmaking, including documentaries, corporate videos, television programs and movies, and independent filmmaking. The Bureau of Labor Statistics also states that college professorships are expected to grow at the rate of 17 percent; of course, this includes all professors and not just film or media teachers.

If you are interested in a career as an independent filmmaker, most successful directors or producers advise that you spend some time working in the industry before you take on another degree. An MA or MFA in Film Studies or Cinema does not do much for you if you are planning an independent filmmaking career. On the other hand, if you want steady work and do not mind making films under other people’s guidance, an MA in Film Studies could help you land a corporate job. An MFA in Cinema or Film Studies may also be your ticket into the teaching profession.