The Cost of a Bachelor’s Degree 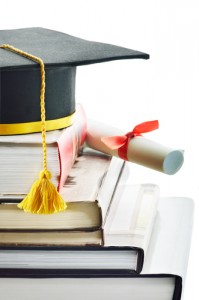 Student protests and news about rising college fees may have you wondering how much a bachelor’s degree actually costs. When you see tuition in the five-to-six figure range, you may wonder if these numbers are accurate or exaggerations. As with many things, it depends.

Bachelor’s degree programs are offered at public and private non-profit colleges and universities as well as at private for-profit colleges. Depending on the type of school you attend, your costs could vary dramatically. In addition, you may pay more to attend an out-of-state school than if you stayed closer to home.

How Much Does Tuition Cost?

The 2015 lists are based on data collected during the 2013-14 IPEDS data collection cycle, the most recent data that have undergone the full NCES data review process and been publicly released via the IPEDS Data Center.

Based on the above national averages, it’s reasonable to expect to pay about $60,000 more for a bachelor’s degree from a private, not-for-profit college.

However, costs vary dramatically from one college to another, even within the same category. For example, tuition at Florida’s Palm Beach State College, a public college, was less than $2,000 per year. In contrast, tuition at Pennsylvania State averaged $14,416 per year.

Tuition is generally the biggest expense related to a bachelor’s degree, but others exist.

Is the Cost of a Bachelor’s Degree Worth It?

According to the Bureau of Labor Statistics, Median usual weekly earnings of full-time wage and salary workers age 25 and older by educational attainment, 2014 annual averages are as follows:

Significantly higher earnings and job stability in an uncertain job market suggest that a bachelor’s degree is an investment that could pay big rewards.

Works Cited
1. Which Colleges Have the Highest and Lowest Tuition and Net Prices. U.S. Department of Education College Affordability and Transparency Center
2. Break Down the Bill: College Expenses to Consider. College Board
3. BLS Spotlight on Statistics: Back to College. BLS.gov