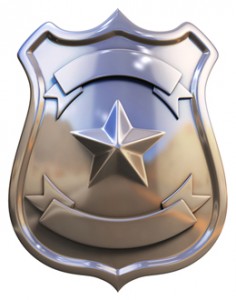 When a defendant is released on bail but fails to show up for his court appointment or trial, that person is considered to be a fugitive from justice. The bail bond agency that initially posted the fugitive’s bail is responsible for paying the full amount of the bail, so it has a major financial interest in finding, capturing and returning the fugitive to justice.

When this occurs, a bail bond agency will typically hire a bail enforcement agent — a bounty hunter — to track down and return the fugitive. As payment for successful completion of this mission, the bounty hunter receives a set percentage of the bail paid by the fugitive defendant.

There are no formal degrees either required or offered for this profession, however, there are a few state-certified independent schools that train bounty hunters and grant certification. Job experience and a degree in criminal justice can greatly enhance the credentials of a professional and successful bounty hunter.

Bounty hunters are subject to varying standards of training, licensing and legal restrictions on a state-by-state basis. All states require bounty hunters to be at least 18 years old, and some states prohibit bounty hunters from carrying firearms. Each state’s Division of Insurance can provide specific information regarding the regulations applicable in that state.

The primary function of a bounty hunter is to locate, arrest and return bail-secured fugitives to the jurisdiction from which they fled. This can become complicated if the bail-jumper has crossed state lines or has left the country because the bounty hunter must accomplish this task within the constraints of all applicable laws, not just those of the fugitive’s original jurisdiction.

It is the responsibility of the bounty hunter to know and conform to all applicable regulations and legal constraints wherever he travels to apprehend a fugitive, including:

The successful bounty hunter must master the technique of locating fugitives. This is commonly known as “skip tracing,” which involves performing background checks, tracing license plates and obtaining a fugitive’s phone records to discover who he or she is contacting.

Other psychological characteristics the successful bounty hunter should possess include patience, persistence and physical stamina to perform surveillance and relentlessly pursue bail jumpers. In addition, bounty hunters should possess high degrees of cleverness, courage to withstand confrontation and excellent judgment to minimize the risks that are part and parcel of this high-risk occupation.

Bounty hunters apprehend an estimated 30,000 bail jumpers per year. Typically, a bounty hunter works as an agent of a bail bondsman on a contingency fee, earning a payment once he has successfully apprehended a bail jumper and returned the fugitive to authorities in the appropriate jurisdiction.

Bail can range anywhere from $500 to $100,000. Occasionally higher bail is set by the court for extreme circumstances, such as a murder charge or an extremely violent crime. Bail in medium-sized cities averages about $3,000 to $5,000, and the standard bounty hunter fee is 10 percent of the bond’s face value. According to figures promoted by some bounty hunter websites, a new bail enforcement agent can earn around $25,000 a year, while full-time, experienced bounty hunters who are willing to take high-risk assignments can make a bounty hunter salary of more than $100,000.

Due to the popularity of reality TV shows like “Dog the Bounty Hunter,” interest in this occupation is at an all-time high. The educated and experienced bounty hunter will have the greatest chance for success in this highly competitive field.