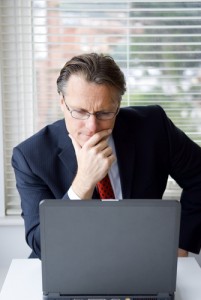 Members of the Central Intelligence Agency, or CIA agents, are special officers employed by the United States federal government to provide accurate and timely information concerning foreign threats to national security. The CIA looks for physically fit applicants with the right education, training and drive to join its team.

“The Agency,” as it is known, also serves as the principal intelligence adviser to the United States president. Its mission remains the same: to provide accurate and timely information concerning foreign threats to national security. Do you have what it takes to become a CIA agent?

A four-year college degree in criminal justice or a relevant field is expected and highly recommended for employment by the CIA. In any organization — whether it’s government, business or academic — the higher the degree, the better one’s chances for employment and advancement.

A degree in international studies, political science or any of various law enforcement disciplines is a strong bonus. Fluency in a foreign language is often a requirement when dealing with foreign intelligence and information gathering.

The principal assignment of the CIA is to acquire, evaluate and circulate information about foreign activities. CIA agents have no law enforcement authority and are expressly prohibited from gathering information within the United States, but their everyday work life and duties may include the following tasks:

To qualify for a position within the CIA, applicants must be 18 years old, U.S. citizens and have passed a medical exam as well as a detailed background check and polygraph test. They will also have to relocate to CIA headquarters in Langley, Va., which is near Washington, D.C.

The 4 Directorates of the CIA

Each directorate of the CIA has its own specific focus and personnel requirements.

This branch handles all administrative functions for the agency. Support positions can include clerical, IT specialist, artist, attorney or physician.

Undercover agents possess flexibility, adaptability, foreign language fluency, excellent people skills and anonymity (their posts are often secret). In fact, if a CIA agent’s cover was ever blown, his or her association with the CIA could compromise the mission or endanger his life.

Directorate of Science and Technology

This branch gathers “open source” information from foreign newspapers, television broadcasts and various other media sources. It also develops advanced technology to support information and intelligence gathering. Robust analytical and technological skills, as well as superior intelligence, are mandatory traits to obtain a position in this division.

As the CIA’s analytical branch, the Directorate of Intelligence takes the raw data and information amassed by the previous two directorates and correlates and analyzes it. Positions in this directorate require superior analytical, evaluation and communication skills.

In the current world climate of terrorism and counterterrorism, the outlook for CIA positions is good, particularly in certain areas such as engineering and for specialists in high-profile foreign languages.

So how much do members of the CIA make? The salary during the training period is $47,245 to $64,222 per year. After the training period, steady advancement and higher salaries are possible. Requirements for employment, however, are difficult, and applicants for many key positions are highly competitive.