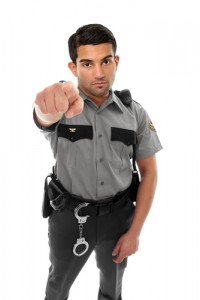 Correctional officers, sometimes called prison guards, prison wardens or detention officers, process and guard nearly 12 million inmates every year. As members of the staff of locked institutions, correctional officers are tasked with supervising the prisoners incarcerated in these facilities and assuring the safety and security of the institution itself. Although they guard prisoners and other detained individuals, they have no law enforcement authority.

Applicants for employment in most correctional institutions must meet certain minimum requirements, usually including a minimum age requirement (most often 18 to 21 years old), the possession of U.S. citizenship, a college degree or work experience equivalent, and a clean criminal record.

To obtain a correctional officer position within the Federal Bureau of Prisons, the entry-level requirements include a minimum of a bachelor’s degree or at least three years of full-time employment in a field providing individual counseling, assistance and supervision.

A criminal justice degree that focuses on corrections or law enforcement can always benefit employment prospects in addition to enhancing one’s prospects for promotion and raises.

The primary task of the correctional officer is to guard and supervise the inmates incarcerated in the institution as well as maintain order. To accomplish this, correctional officers routinely monitor the activities of inmates, search cells or living quarters for contraband, and enforce discipline.

Other daily duties of the correctional officer include:

Because security must be maintained 24 hours a day, 365 days a year, including weekends and holidays, correctional officers can be assigned shifts at any hour of the day or night. Considering this as well as the high level of focused attention this dangerous position requires, the job can prove both stressful and potentially hazardous. The candidate for a correctional officer position should be extraverted, emotionally stable and alert.

According to the U.S. Department of Labor, opportunities for correctional officer positions should be excellent over the next several years, due in part to an increasing prison population. Job stability is good and layoffs are rare, although many people leave the occupation due to burnout and the dangerous nature of the work.

In addition to government positions, employment opportunities for correctional officers continue to grow in the private sector, or privately operated contract facilities.

According to the U.S. Bureau of Labor Statistics, the average annual salary of correctional officers and jailers in 2006 was $35,760, with a salary range running from less than $23,600 to more than $58,580. These average annual wages varied widely depending on the employer.