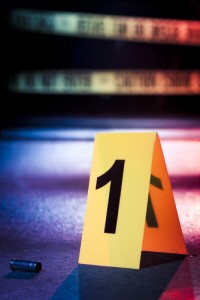 The ultimate goal of a Crime Scene Investigator and CSI personnel is to clearly identify the party responsible for perpetrating a crime. While the position is often referred to as “CSI,” the same job function is also known by other titles, including Crime Scene Technician, Crime Scene Analyst, Evidence Technician and Forensic Investigator.

Though many Crime Scene Investigators are police officers, the number of civilians with specialized skills being hired for CSI jobs is on the rise. Some law enforcement agencies prefer that applicants possess a college degree, but most require one. Depending on the size, location and requirements of the hiring agency, a two-year, four-year or post-graduate degree in the general field of criminal justice or a more specific criminal justice discipline, such as forensic science will be looked upon favorably.

CSI combines knowledge and techniques from a number of different disciplines, including science, law and logic. Applying the scientific method and deductive reasoning to physical evidence is necessary to uncover clues, collect evidence and reconstruct how the crime occurred.

CSI is a specialized application of forensic science (or as it more commonly called, forensics). The essential difference between forensics and CSI is that CSI involves field forensics, or on-site investigation of the physical scene of a crime, while most forensic work takes place in a controlled laboratory setting. Employees in both career fields can benefit from a degree in criminal justice or relevant area of study.

The duties, assignments and procedures of a CSI vary among the many departments and agencies that employ them. There are a number of fundamental responsibilities that virtually all Crime Scene Investigators have in common, including:

Despite the popular notion perpetrated by various fictional TV shows, it is not the job of the CSI to solve crimes, apprehend suspects or make arrests. The real-life CSI plays what is fundamentally a supporting role, backing up the investigator to whom a case is assigned. While the position of CSI occasionally involves the possibility of danger, it is essentially a procedural position.

The average CSI salary range can run from $20,000 to over $50,000, depending on numerous factors such as location, education, training and experience of the Crime Scene Investigator.

Not all CSI personnel are responsible for collecting crime-scene evidence, which is reflected in the differing industry salaries. According to PayScale.com, Crime Scene Investigators who work in law enforcement earn around $38,000, while CSI working for the government or in laboratory services can earn around $56,000.

Interested in becoming a crime scene investigator? If you found this information helpful, you may be interested in these CSI articles: