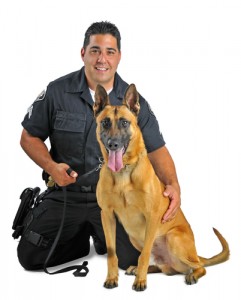 If you want to pursue a career in the domestic enforcement of federal drug laws, learn how an online degree in Criminal Justice can help you get started on your path to becoming a DEA Agent.

The U.S. Drug Enforcement Administration strongly advises potential DEA agent candidates to earn a college degree (with a grade point average of 3.0 or better) in one or more of the following areas:

Applicants at least 21 years of age who have earned their bachelor’s or master’s degree may apply for a DEA agent position at one of the DEA agent recruitment centers. There are several steps in the hiring process, including intensive interviews, assessments and tests as well as a thorough background investigation.

DEA agents enforce controlled substances laws, which involves arresting individuals who participate in illicit drug trafficking and drug use. The everyday work life and daily duties of DEA agents may include:

According to the Bureau of Labor Statistics (BLS), there will be more competition for positions in federal enforcement agencies than for jobs in local agencies. The BLS adds that those with a bachelor’s degree and several years of law enforcement or military experience — especially investigative experience — will have the best opportunities in federal agencies.

According to the DEA, salaries for drug enforcement agents are based on applicants’ college education and work experience. After graduating the training program, DEA agents can earn a starting salary of $49,746 to $55,483. After four years in the DEA, drug enforcement officers are eligible to earn approximately $92,592 (or more) annually, depending on their classification level.

*Program outcomes vary according to each institution’s specific curriculum, and employment opportunities are not guaranteed.