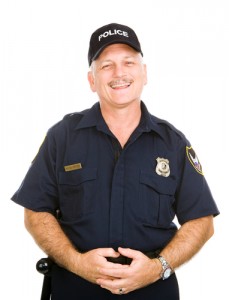 Police officers are government employees tasked with the responsibility of enforcing the law and maintaining order, protecting life and property, and preserving the peace. They have the authority to detain and arrest suspected offenders.

Though the minimum requirement to become a cop is a high school diploma or equivalent, such as the GED, earning a degree in criminal justice or law enforcement provides a competitive edge in this highly competitive field. Many law enforcement agencies pay higher salaries to personnel with advanced degrees.

Working as a police officer requires confronting dangerous criminals, collecting evidence, enforcing traffic laws, recovering stolen property and resolving reported disturbances among other duties. Since cops serve and protect the public, they literally put their lives on the line each time they go to work.

A police officer should possess certain critical character traits to ensure success on the job, including:

Obtaining employment as a police officer is a highly competitive task. According to some estimates, as many as 100 people apply for every law enforcement job opening. Even so, this is a growing field and career chances for qualified candidates are excellent.

The salary range for police officers varies widely depending on location, rank, duties and education.