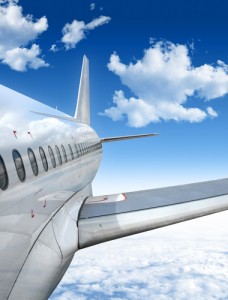 Airframe and power plant mechanics are an integral and vital part of the airline industry. Without mechanics to oversee and repair airplanes, no one would be traveling safely on the hundreds of flights that take off and land at airports every day. Federal Aviation Administration requirements for aircraft safety are very thorough and well-enforced, so airlines must have qualified mechanics to work on engines and other parts of their aircraft at all times.

What Does An Airframe and Power Plant Specialist Do?

The Bureau of Labor Statistics lists the job duties of an aviation mechanic as follows:

How Do I Become an Airframe and Power Plant Mechanic?

All aircraft mechanics must have certification from the Federal Aviation Administration or FAA. Many mechanics attend FAA-Approved aviation maintenance technician schools. These schools offer specialized training in aircraft mechanics that comply with FAA standards. Many aircraft mechanics also learn their trade in the military and later transfer these skills to civilian life. A typical aviation mechanic course of study takes two years.

Many of these schools now offer two- or even four-year degrees in aviation technology for those who are interested in aviation mechanics.

The FAA also requires certification for all mechanics who will work on aircraft. Although there are separate certificates for airframes and engines, most employers look for a mechanic with a combined certificate of both airframe and power plant proficiencies. These certificates require written, oral, and demonstrative tests to show skills in handling airplane repair.

How Much Do Airframe and Power Plant Mechanics Earn?

There are many opportunities for aviation mechanics outside of airports. As mechanics gain experience, they may choose to work in a consulting role for the government or open their own private businesses at small airports.

What is the Job Outlook for Airframe and Power Plant Mechanics?

Unfortunately, many of the airlines are outsourcing mechanics jobs to contracted companies from other countries, according to the Bureau of Labor Statistics. The BLS projects that the number of aircraft mechanic jobs are projected to grow six percent between 2010 and 2020. This represents slower than the average growth when compared with other occupations.