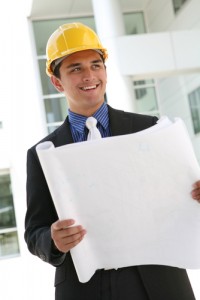 Architectural designers work alongside other building professionals and architects. In larger firms, they often work as part of a team of designers. Employment may also be found in smaller firms and as an independent architect.

Architectural designers must adhere to the same educational standards as a general architect. To meet most state requirements, professional degrees must be earned from schools accredited by the National Architectural Accrediting Board (NAAB).

Some states allow degrees from other schools if they meet the accreditation standards. Required and recommended degrees for architects include:

According to the Bureau of Labor Statistics, every state requires that, after earning a professional degree, an architect work through an internship of at least three years before sitting for the required licensing exam. The Intern Development Program, designed by the American Institute of Architects and the National Council of Architectural Registration Boards (NCARB), established the training standards utilized by every state. Architects are also required to earn continuing education credits in order to maintain licensure.

Many architectural designers work in the design studios of larger firms. This type of employment requires the ability to share design ideas, listening carefully to other professionals and communicate ideas articulately. Within these design studios, an architectural designer will have to brainstorm, develop models and present unique design proposals.

An architectural designer may perform all or some of the following tasks:

Architectural designers must reflect high levels of creativity within the parameters of structure and building requirements. The best architects communicate well with clients and other professionals, work effectively in a team setting and readily adapt as changes need to be made.

Growth in the architectural field is expected to be at least 16% over the next decade, as indicated by the Bureau of Labor Statistics. This growth rate is higher than many other professions. The greatest need for architects is anticipated to be in those with higher levels of education. “Green” architectural designers should have a strong advantage in the future job market.