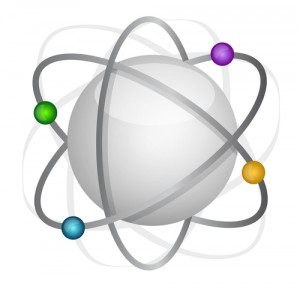 The popular television show The Big Bang Theory focuses on the lives of young men with physics degrees. The show takes a witty look at the peculiarities and peccadilloes of this group, but how much of the show is representative of the life of a real nuclear physicist? While the program exaggerates the braininess and quirkiness of the characters, some of the material is actually representative of what nuclear physicists are like and occasionally delves into the “real-life” experiences of nuclear physicists across the country and the world.

How Do I Get a Degree in Nuclear Physics?

Nuclear physics is a specialized area of physics, the study of matter and energy. Nuclear physicists deal with matter and energy on a sub-atomic level. This means that they study the actions of the component parts of atoms and how those parts create reactions and processes in the larger world.

A degree in nuclear physics will include very difficult math and science courses. Most students studying nuclear physics have a strong math background and often do well in chemistry as well as physics. Students generally begin their course of study with core classes including English, history, and languages but soon narrow their focus to the more difficult math and science courses. Electives might include specialized classes in nuclear physics topics; students can also branch into other areas of the sciences or mathematics.

Many nuclear physicists also have doctoral degrees from accredited universities or colleges. Some will study at a master’s level and a few have only a bachelor’s degree in this difficult field. In order to secure employment, a doctorate is recommended.

According to the Bureau of Labor Statistics, a PhD program in nuclear physics usually takes five to seven years to complete after the student has finished his or her undergraduate work. Many physicists take a post-doctoral research position for two to three years after completing a doctorate in order to gain experience and work on particular projects in which they are interested. Internships or research positions often do not pay as well as those for full-fledged physicists, but they are often necessary to secure the top jobs for which many physicists aim.

Where Do Nuclear Physicists Work?

The Bureau of Labor Statistics states that two of the largest employers of nuclear physicists are the National Aeronautics and Space Administration or NASA and the Department of Defense. In May of 2010, there were 18,300 physicists employed in various positions around the country. About 32 percent of these physicists were employed in research and development for public or private organizations. Another 20 percent were employed by the federal government. Colleges and universities employed 16 percent of physicists, while health care employed seven percent and consulting services employed six percent.

How Much Do Nuclear Physicists Earn?

What Is the Job Outlook for Nuclear Physicists?

The Bureau of Labor Statistics gives the projected job growth for physicists as 14 percent from 2010 to 2020. Much of this job growth will come from government positions as the United States moves to provide more funds for research. Government funding for research will increase the number of positions available in colleges and universities for nuclear physicists.

If you love math and science, particularly the study of the physical world, nuclear physics might just be a field in which you can excel.