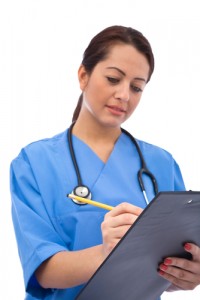 Legal nurses bring their expertise of the medical and health care field to the field of law, serving as consultants to lawyers, insurance companies, and other legal professionals, explaining complex medical terminology, procedures and practices to non-medical personnel. The legal nurse does not need a law degree to consult; however, a separate occupation, Nurse Attorney, specifies an individual with training and degrees in both vocations.

In order to specialize in legal nursing, one must first earn a Registered Nurse degree. This usually requires a two- to four-year course of study which results in one of three initial nursing degrees: an Associate of Science Degree in Nursing (ADN), the end result of a two-year program offered by nearly 850 community and junior colleges around the country; a Bachelor of Science Degree in Nursing (BSN), a four-year course of study currently offered by more than 674 accredited colleges with nursing programs; or a Registered Nurse degree from an RN Diploma Program, often referred to as a “hospital diploma,” which is a specialized program that lasts about three years.