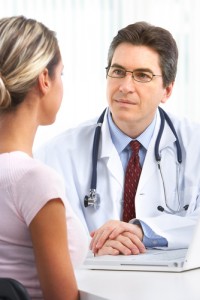 Psychiatric nurses, also called mental health nurses, deal with that segment of the population suffering from mental illness rather than (or in addition to) physical illness. Psychiatric nurses might engage patients in various forms of counseling or psychotherapy, under the direction of a psychiatrist or therapist, perform psychological or physical assessments of the patient, or might specialize in rehabilitation from various forms of substance abuse or other addictions.

In order to specialize in psychiatric/mental health nursing, one must first earn a Registered Nurse degree. This usually requires a two- to four-year course of study which results in one of three initial nursing degrees: an Associate of Science Degree in Nursing (ADN), the end result of a two-year program offered by nearly 850 community and junior colleges around the country; a Bachelor of Science Degree in Nursing (BSN), a four-year course of study currently offered by more than 674 accredited colleges with nursing programs; or a Registered Nurse degree from an RN Diploma Program, often referred to as a “hospital diploma,” which is a specialized program that lasts about three years.

In all 50 states and the District of Columbia, once the student has graduated from an approved nursing program, he or she must then pass the NCLEX, a national examination, in order to obtain a nursing license. In addition to passing the NCLEX (National Council Licensure Examination), a national standard exam, nurses must be licensed by the state in which they will practice. Although requirements vary from state to state, licensed graduates of any of these three degree programs for the most part qualify for entry-level positions as staff nurses as well as many other positions.

Psychiatric or mental health nurses can also advance their career by obtaining an advanced practice nursing degree, which significantly expands the range of their potential activities regarding patients, often to include primary psychotherapeutic care and prescribing medication. There are numerous advanced degree programs currently available, as about 417 nursing schools currently offer master’s degrees in nursing, and 93 offer doctoral degrees.

To see a list of all available degrees that can lead to an RN degree or a specialty in psychiatric and mental health nursing, please see our information about online nursing degrees.