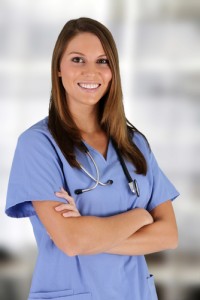 The field known as public health is an effort to promote, maintain, preserve and improve the health of large populations. This general term includes numerous wide-ranging initiatives to ensure public health, including disease prevention, life prolongation and citizen education. While traditional medical care treats individuals, the entire population of a community or a society is considered to be the patient of public health professionals and their activities. Additionally, while much of medicine is concerned with cure, public health concentrates on education and prevention, such as vaccination programs, and is applied to delivering a cure only in times of widespread outbreak of an infectious disease.

In order to specialize in public health nursing, one must first earn a Registered Nurse degree. This usually requires a two- to four-year course of study which results in one of three initial nursing degrees: an Associate of Science Degree in Nursing (ADN), the end result of a two-year program offered by nearly 850 community and junior colleges around the country; a Bachelor of Science Degree in Nursing (BSN), a four-year course of study currently offered by more than 674 accredited colleges with nursing programs; or a Registered Nurse degree from an RN Diploma Program, often referred to as a “hospital diploma,” which is a specialized program that lasts about three years.