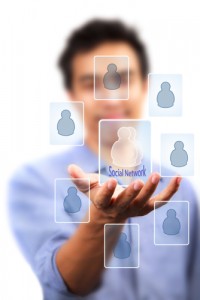 If you are interested in working with computers but you are unsure if you want to pursue a traditional Bachelor of Science degree in computer science, you may want to consider the Applied Computer Science degree. Applied degrees are generally associated with technical schools, although more colleges are now offering these degrees in specialized areas such as game design and bioinformatics.

What Is The Difference Between An Applied Computer Science Degree and a Traditional Degree?

While applied degrees have been considered somewhat inferior to theoretical degrees in the past, this distinction is disappearing as applied degrees become more useful to specific fields. Many applied degrees do not require extremely difficult math such as advanced calculus; instead, they focus on useful skills that can be immediately brought into the job market and used to develop programs or software.

Most bachelor’s programs that terminate in a BS in Computer Science will concentrate on the “big picture” of computer programming. These programs usually include advanced math classes, computer programming languages, and courses on other theoretical topics. An applied degree usually includes classes that are very specific to a certain concentration, such as computer software development for websites.

Some employers may still be unfamiliar with applied degrees in computer science and may be reluctant to consider graduates for very important positions. However, once you have secured an entry-level job and had a chance to display your skills, you should have a good chance of finding a better position. Further, many employers are becoming aware of the value of these types of degrees and eventually industries will begin to seek these graduates for specific jobs.

How Much Do Applied Computer Science Degree Holders Earn?

With a bachelor’s in applied computer science, you might pursue work as a programmer or software designer. The Bureau of Labor Statistics lists the annual median salary for a software developer as $90,530. A programmer earns a median annual salary of $71,380, according to the BLS.

What Is the Job Outlook for Applied Computer Science Degree Holders?

The Bureau of Labor Statistics states that the job outlook for computer programmers is slightly less than that for all occupations with an expected growth of 12 percent between 2010 and 2020. The job outlook for software developers is more positive, with the BLS predicting a 28 percent growth in available positions in the next ten years. Most jobs will be in growing companies that are marketing new software products, but there will be some room for growth in government jobs and in the healthcare industry as well.

What Skills Should I Have To Succeed in the Field of Applied Computer Science?

According to the Bureau of Labor Statistics, programmers and software developers should have strong analytical skills. This may be the single most important skill for someone who wants to succeed in the computer programming or software development field because analysis is what is necessary to overcome most of the obstacles associated with these jobs. For example, software developers must figure out how to solve problems with their programs so that users will be able to use the software easily. Programmers and software developers should also have strong communication skills so that they can communicate with clients and team members; a great deal of creativity; strong detail orientation; and strong problem-solving skills.

While there is still some confusion over the applied computer science degree, if you have strong technical skills and excel in your focus area you stand a great chance of being successful in this field.