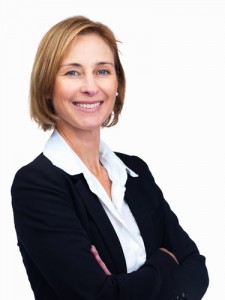 You’ve probably heard about “recession proof” jobs, such as teacher or nurse. They’re the jobs that remain stable, even in an unstable economy. But did you know that some career fields actually thrive in down markets? The demand to fill these positions increases and salaries may even rise to encourage more people to pursue them.

Are you curious? Good.

We have listed estimated growth rates and median annual salaries for these positions below, according to the U.S. Bureau of Labor Statistics (BLS). Now read on for information on five of the best careers to pursue in a declining job market.

The financial industry has taken huge hits over the past several years, shattering the public trust in banking. As in any down economy, though, people tend to look for expert guidance on how to manage their money, hoping to keep as much of it as possible and spend it wisely.

If you’re interested in becoming a personal financial advisor, you should hold a bachelor’s degree, a talent for working with numbers and strong interpersonal skills.

Accounting professionals also see more of a demand for their services when the market turns sour as people appreciate the value of each and every dollar. Indeed, the BLS has reported that in May 2011, there were 18,000 accounting and bookkeeping jobs added to the job market.

For those with accounting dreams, you’ll need a bachelor’s degree and strong mathematical and analytical skills. Bonus: Certified Public Accountants (CPAs) are especially in demand.

As the country becomes more concerned with preserving and respecting the environment, even a down economy isn’t likely to affect “green” jobs, right? In June 2011, the BLS reported that solar energy career opportunities are expected to skyrocket over the next several years as a prime target of job creation; environmental engineers in particular have been on the positive side of the job growth curve.

If you would like to help save the Earth and boost the economy in the meantime, you might consider pursuing a bachelor’s degree in environmental engineering.

To enter the field of computer software engineering, you’ll need at least a bachelor’s degree and a love of working with computers, of course.

Health care positions generally do well during dips in the economy; in fact, the BLS has reported the addition of 17,000 health care jobs in May 2011. Physical therapy positions are expected to continue growing even through a sluggish economy due to America’s aging Baby Boomer population and changes in health care laws.

Aspiring physical therapists will need a master’s degree, but there are also abundant opportunities for physical therapy aides and assistants, which require lower level degrees and training.