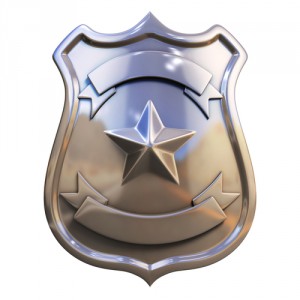 Are you interested in becoming a bounty hunter? If so, how far off is Hollywood’s version from the real-world profession?

Since there are few training courses for this job, much of a bounty hunter’s knowledge comes from on-the-job training, working with an experienced mentor and earning a degree in criminal justice or related field.

So what about Hollywood’s portrayals of this profession? Are they anywhere near the reality, or is accuracy sacrificed for action? The answer is…well, both. Let’s take a look at a few examples:

Midnight Run (1988) – Robert De Niro is a tough bounty hunter tasked with transporting a Mafia accountant-turned-embezzler-turned-bail jumper cross country. Problem is, everyone wants a piece of the action (and of the accountant), including the mob, the FBI and a rival bounty hunter who’ll stop at nothing to get the payoff. The result is one of the best, funniest and most overlooked action comedies of all time. Accuracy Rating: It is to a degree, but character and plot trump accuracy.

Domino (2005) – This recent action flick is based on the story of Domino Harvey (Keira Knightley), a child of privilege, who tires of her shallow Beverly Hills life and teams up with veteran bounty hunter Ed Mosley (Mickey Rourke). Things get complicated very quickly when they find themselves involved in an armored car heist. Accuracy Rating: Let’s just say that even though it’s based on a true story, it’s a triumph of style over substance. Not many bounty hunters will experience events this extreme.

Wanted Dead or Alive (1986) – In this straightforward action flick, Rutger Hauer plays an ex-CIA agent-turned-bounty hunter hot on the tail of a terrorist (Gene Simmons), who had previously murdered the agent’s best friend and girlfriend. This time it’s personal! Accuracy Rating: This is about as far from real-world bounty hunting as James Bond is from real-world spying.

The Hunter (1980) – Steve McQueen is an aging, old-school bounty hunter forced to go up against a modern breed of criminal more vicious than any he’s had to face before. When he’s not chasing the villains, he’s soul-searching about whether or not he’s wasting his life by risking his life. Accuracy Rating: Since the story is based on the career of professional bounty hunter Ralph “Papa” Thorson, there is actually a high degree of correctness…for a quarter of a century ago.