Should I Go To Film School? 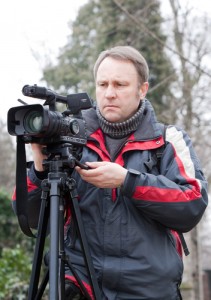 If you are interested in being a director or producer of films, you can choose to study in what is called a “film school.” These are schools that specialize in the production of both short and full-length films, with topics ranging from fiction to non-fiction. Of course, you can also major in theater or filmmaking in a four-year college, but if you want a faster track to work in the film industry, film school may be a good choice for you.

Why Should I Go To Film School?

Of course, the making of films of any type is not only difficult work, but the industry is also very overpopulated and those who do not comply with high standards of quality in their filmmaking are weeded out quickly. There are many filmmakers working today who do not even have a high school diploma but simply picked up their skills with on-the-job practice. Having a film degree may make you stand out as a person who has taken the trouble to study your craft and learn the latest filmmaking techniques. This may not be as important when you are making indie films or full-length fiction, but it will often matter if you are competing for the job of making a series of corporate videos.

Another good reason to go to film school is to make connections with others who share your interests, as well as with professors who understand the process of filming and can give you valuable advice. You will not only meet people like you who are dedicated to the creation of quality film products, but also have a chance to work with the latest in film technology. In fact, it pays for you to take classes even after you graduate as the technology used by filmmakers changes so quickly that new innovations seem constant.

Film school is also a wonderful proving ground. If you go to film school and you discover that you do not have the talent or drive to pursue a film career, you will probably find out soon enough to do something about it. On the other hand, if you go straight to work making films and fail at it, you are going to face some long years wondering if it is just you or if you are simply not being given the right filming opportunities.

What Is The Real Outlook for Producers and Directors?

You may have parents or friends telling you that there is “no money” in film production. Like most things, this is only partly true. Certainly there are not many jobs like Spielberg’s, but there are thousands of people happily working in the film industry who are happy with their jobs and are putting their skills to good use.

The Bureau of Labor Statistics states that there are currently about 122,500 producers and film directors working in the United States, and that the number of jobs between now and 2020 are expected to grow by 13,500, or about 11 percent. This is close to the average growth rate for all job descriptions, so the idea that there are “no jobs” in film is somewhat inaccurate. However, these jobs are primarily in making business and non-fiction projects or in directing television shows rather than avant garde productions, although many filmmakers spend their spare time shooting films for their own enjoyment or artistic growth.

The BLS also states that the median salary of film producers and directors is $68,440 per year for those directors and producers with a bachelor’s degree from an accredited school.

Where Can I Go To Film School?

There are several reputable and well-recognized film schools available to those who want to either earn a traditional degree or get right to work in the film industry. Most universities also offer film studies courses or majors, which may give you a sense of whether you want to pursue hands-on film-making. Film studies professors can be valuable sources of information about well-regarded film schools.