What Colleges Have the Best Football Teams? 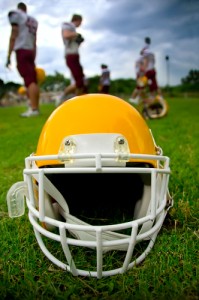 College sports are a big deal. Sports programs bring money and prestige into the college, and it provides athletes with the opportunity to play professionally later in life. College football has a big fan following, and some teams are followed with the same fervor as professional teams.

Team rankings change from one year to the next, and there are many criteria for deciding the best team. The specific makeup of an individual team may change from year to year, but the team’s legacy is often long-standing, and some colleges traditionally have amazing football programs. Here are 10 of the best football teams of all time:

1.) Michigan. The most successful team in NCAA history, Michigan has the top record for both overall wins and win percentages. It won the first Rose Bowl and 11 championships in total. It also has several noted rivals, including Notre Dame and Michigan State, but its rivalry with Ohio State is legendary. In order to accommodate its massive fan following, Michigan built the largest football-only stadium in the world, a stadium that can hold over 107,500 people.

2.) Notre Dame. Although Michigan outranks Notre Dame in wins, Notre Dame has the honor of holding more national and All-American championships of any football team in the country, and it’s tied for the honor of most Heisman trophies. It’s one of only a few colleges to boast a record of over 800 wins, a record also held by rivals Michigan and Yale. In more than a century, Notre Dame has only had 12 losing seasons, giving it the fewest losses of any team over 100 years old.

3.) Texas. Rivals of Texas A&M and Oklahoma, the Longhorns have been ranked in the top 10 more than 25 times since 1936. This means that they’ve finished in the top 10 for more than a third of the seasons they’ve ever played. Texas fans are particularly fanatical, and the long-standing rivalry with Texas A&M is an eternal fan favorite and part of the Thanksgiving holiday for many every year.

4.) Ohio State. A rival of Michigan and Penn State, Ohio State has won five national championships. In 2006, the Ohio State Buckeyes were the first team ever to receive a perfect score under the BCS formula. Ohio State players have also been nominated for a total of seven Heisman trophies, tying with Notre Dame and USC for the record.

5.) Nebraska. Under the legendary leadership of Tom Osborne from 1973 to 1997, Nebraska won an impressive 255 games with just 49 losses. It has the second most national championships and fourth most overall victories of any NCAA Division I-A Team.

6.) Alabama. Coached for 25 years by the legendary Bear Bryant, Alabama has a lot in its history to be proud of. It has 12 national championships and 54 bowl game appearances. Its 30 bowl game wins gives it the record of most bowl victories of any college team.

7.) Oklahoma. With rivals like Texas and Nebraska, Oklahoma has a lot to live up to. Luckily, it holds its own. The team has a history of seven national championships and 40 conference championships. Most impressively, it also holds the record for longest winning streak in Division I, with an uninterrupted streak of 47 victories.

8.) Penn State. A rival of Notre Dame and Michigan, Penn State doesn’t have quite the same impressive record of its rivals. Nevertheless, it does have four national championships. Under the leadership of Joe Pateno, who coached the team for 42 years, Penn State won 371 games.

9.) USC. While many colleges focus exclusively on a single sport, USC has excellent sports teams all around. In all sports, USC has won more men’s NCAA titles than any other school. In football alone, USC has won 11 championships. It’s had just three losing seasons since 1961, and it has the fourth highest number of conference championships of any NCAA school. It comes in second only to Alabama for bowl winnings.

10.) Oregon. An up-and-comer, Oregon finished its last season with 12 victories and only two losses. It also won its first bowl game since 1917, and has recently won three conference titles. Although Oregon doesn’t have the same long-standing history of excellence as its competitors, its current lineup is extremely talented and hungry for more wins.

Obviously (unless you play football) your college decision should never be based on the success of its football program, but choosing a popular team can certainly make game days much more fun!