What Schools Are In The Ivy League?

DegreesFinder > Online Degrees > Education Articles and Advice > What Schools Are In The Ivy League?
Tweet 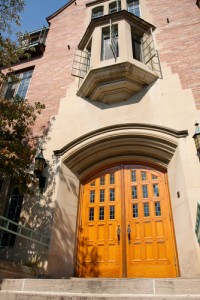 Do you dream of an “Ivy League” education? Many people who talk about the Ivy League have little understanding of what it is, which schools are included, or how the term even started. Many people assume that “Ivy” refers to the ivy-covered walls of the old stone buildings on these school’s campuses. However, the best evidence indicates that the name is a play on words; the original schools included in the “Ivy League” football division were so called because there were four of them. The Roman numeral for four, IV, became the recognizable symbol of the schools.

What most people do know is that Ivy League schools are very expensive. Why should you pay so much money to attend a particular school? There are many reasons for this and no matter what the cost, many believe these schools offer the best educational experience money can buy.

Which Schools Are Considered Ivy League?

There are eight schools that are part of today’s Ivy League, twice the number that were originally admitted or recognized in the old football division. While they all share similarities, each of these eight schools are unique and offer a different variety of degrees for graduating students.

Brown University was founded in 1760, making it the third-oldest school in New England. Each year, Brown serves over 6,000 undergraduate students and confers degrees ranging from political science to healthcare science. Brown is also the home of more than 2,000 graduate students and specializes in majors relating to international studies. Admission to Brown is very competitive: only 8.7 percent of all applicants are admitted. Brown also has a very generous need-based scholarship program; every student whose family earns less than $100,000 per year receives full tuition, which averages $41,328.

Dartmouth is home to 4,200 undergraduate students and 1,900 graduate students, making it the smallest of all the Ivy League schools. Dartmouth was founded in 1769, and uses a need-blind basis to determine whether a student should be admitted. This means that no matter how much or how little a student’s family has, that student will never be denied admission and all costs will be met. Currently, undergraduate tuition for 2012 at Dartmouth is $43,782.

Harvard is the original Ivy League school and the oldest of its brothers; it was founded in 1636 to train clergy for the ministry. Today, Harvard has 6,600 undergraduate and 14,000 graduate students studying in every field imaginable. The richest of the Ivy League schools, Harvard has an endowment estimated at $32 billion and 2012 undergraduate tuition is around $37,500 per year.

Princeton University is the only Ivy League school that is now housed on a campus that was not the original location of the school’s startup. The college was actually founded in 1746 in Elizabeth, New Jersey, close to New York City. Later, it was moved to the growing town of Princeton in central New Jersey and renamed. Princeton is one of the smallest of the Ivy League schools and does not offer medical school or law school, although it does have graduate programs for engineering and other related fields such as architecture. Princeton is home to about 7,500 students and 2012 undergraduate students pay tuition around $38,000.

Yale began in 1718 as a divinity school, like Harvard, but grew in a somewhat different direction. There has always been a friendly rivalry between Yale and Harvard for the designation of the “most Ivy of the Ivy League.” Yale currently serves 5,300 undergraduate students and 6,400 graduate students. Its acceptance rate is around 6.8 percent, making it one of the most exclusive schools in the country. Tuition costs for 2012 undergraduates average $32,500 per year.

An Ivy League education may seem expensive (and it certainly is) but many of these colleges have extensive grant programs offsetting some or all of the tuition cost for qualified applicants. Tuition is not the only cost however – one must also budget for housing, personal expenses, student services fees, travel expenses and more. Yes, college is a very good time to start leaning about budgeting your own personal finances!