What Is An Accelerated Nursing Program? 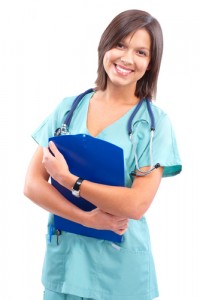 For many students, especially those who are returning to school after being in the workplace for some time, the thought of taking a full four years to complete a degree is daunting. Many non-traditional students, and even some following a traditional educational path, are willing to sacrifice some of the four-year “college experience” in order to finish school more quickly. This does not mean that they want to sacrifice quality, however; most students in these situations are looking for a program that compacts the requirements of a traditional program but does not provide a substandard education.

Although traditional RN or registered nursing degrees take four years or more to complete, there are also programs that can take as little as two years and still confer an RN degree. There are some differences between the traditional and accelerated programs, however, and students should be aware of these differences when making a choice between these types of education plans.

What Are The Differences Between Traditional and Accelerated RN Programs?

Traditional RN programs lead to a Bachelor of Science in Nursing Degree. Like most bachelor’s degree programs, four-year RN programs combine both theoretical and practical knowledge. Students take courses in nursing theory, but also work in hands-on clinical situations to gain skill in their field. This combination of knowledge and skill makes a four-year RN very valuable to a hospital or other healthcare facility.

An accelerated RN program is usually one of two types. Some schools offer a two-year RN degree, also known as a Registered Practical Nursing degree, or RPN. A two-year program focuses far more on clinical work and compacts the theoretical courses so that students cover these subjects very quickly. Naturally, with compaction of these standards or objectives comes a loss of opportunity to study and understand theoretical propositions, so RPN degrees are known more for their practical aspects than for “book knowledge” about nursing.

A few hospitals also offer in-house nursing diplomas which take an average of three years to complete. This type of program has become much less common in recent years, although it was the preferred method of seeking a nursing degree in the past. In former years, most nursing students actually lived in dormitories at the hospital while they sought their nursing degrees; now, hospitals have, for the most part, turned the responsibility for training nurses over to colleges and schools. In-house hospital nursing programs are often non-transferable to other schools, so if you choose this type of a program it likely means you will have to work in that hospital or one of its affiliates, or take additional classes at a local college.

How Does The Choice Between Degrees Affect My Job Prospects?

While RPNs take more difficult coursework than LPNs or licensed practical nurses, they do not have the theoretical background and coursework of a four-year RN. Consequently, nurses with a two-year RN may not be hired as readily for high-level nursing positions such as supervisors of departments or shift managers. Some hospitals or doctors’ offices also prefer to hire RNs with four-year degrees when they can find them, so having a four-year RN degree may give you some advantage in the job market.

Theoretically, there is little difference in the two degrees beyond the fact that they serve different purposes. A four-year RN prepares nursing students for a career in a supervisory or management capacity, while a two-year RN prepares students for more practical jobs. It is important for students to know their career goals prior to choosing a program so that they can choose the one that best suits their needs.

There may be other considerations in choosing a two-year or four-year RN program. Some students simply cannot afford the time or cost to pursue a four-year degree and choose a two-year degree so that they can begin work quickly. When a student chooses this path, it is common for him or her to work for a few years then pursue more education if the original goal was a four-year RN.

However, it is important to remember that credits may not transfer from one program to another, especially when you seek a terminal degree such as an RPN. Before you sign up for any type of nursing program, you should understand how the credits you earn for that program relate to the credits you might earn from another program and if those credits will transfer from one program to another. If the credits you earn are not transferable, you must either retake coursework for a new degree or find a program whose credits will transfer.